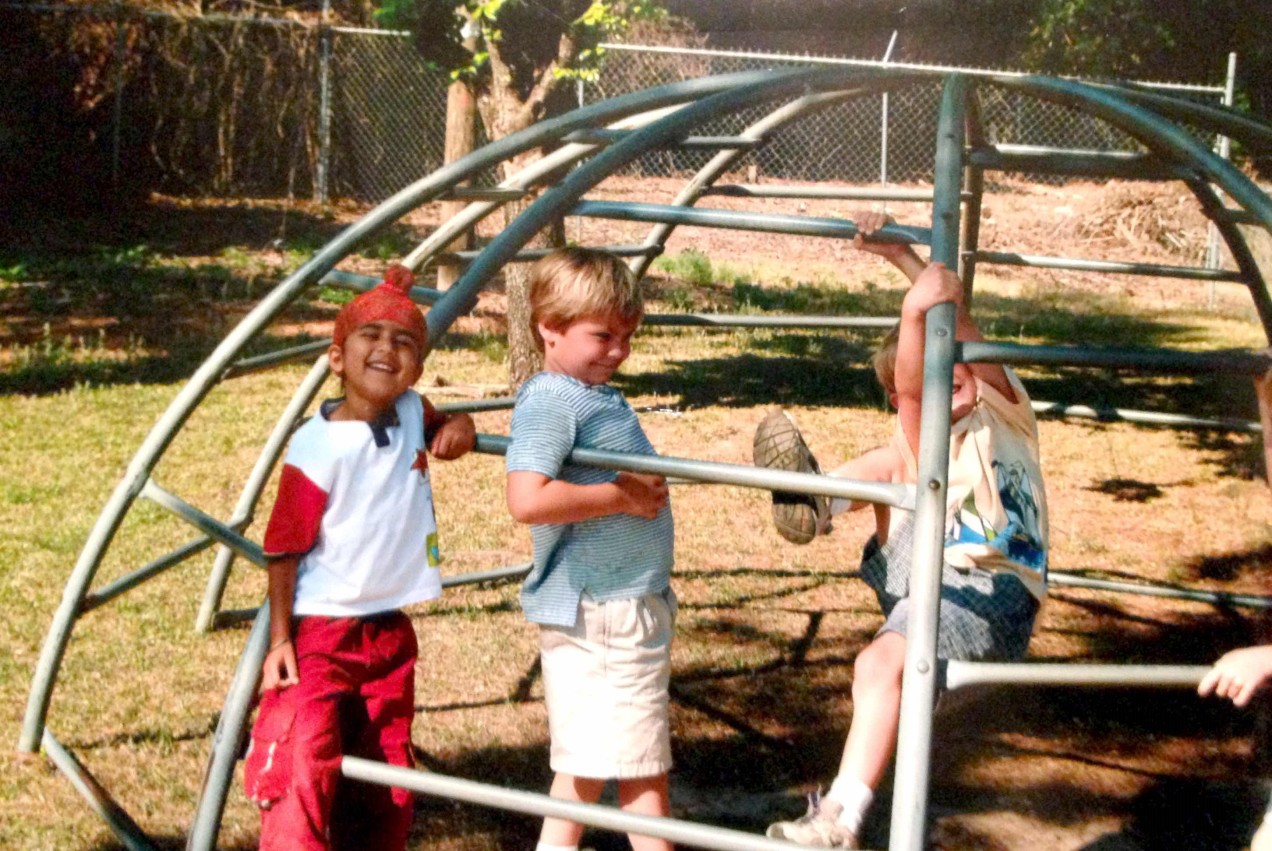 Just barely read a long spiel on kindergarteners and first graders coming back home from school utterly exhausted. The class size is a problem, the bus journey is a problem, the emphasis on test scores is a problem and the list goes on. As somebody comments, “The class size needs to be capped at 12.” “There isn’t enough help for the teachers with 30+ kids in the classroom” says another. Again, there is a flurry of similar comments. Of Course it is easy for you and me to simply talk or type away on a funky laptop.

As, I think of my elementary school days, 60+ kids sitting in a classroom on rows and rows of benches with a desk bench in the front being an utter luxury, as it could mysteriously disappear on certain days. About 7 – 8 of us, kids sat on a bench, where showing-off, petty squabbles and accusations were commonplace. One routinely heard “Look at my new pencil-sharpener!” “See! I have a new book cover” followed by cries of “new pinch” or “You stole my pencil box.” Somebody would get accused of rocking the bench or having body odor. Yes, feelings were hurt, but then your choices were: defend yourself, attack the other person or keep quiet.

My days as a five-year-old in first grade were filled with 3 language classes – English, Hindi, Kannada., along with Math, Science, Social Studies and couple other classes. We had about 7 to 8 classes a day with a lunch break in between. Saturdays were fun, as we went to school for only half-a- day with most of it spent outdoors for PE. One day, I decided to sit on a different bench, as it looked spacious and inviting. Actually, Surya who sat there had been absent for a while. I liked it so much, that I sat there the next day and the day after. On the fourth day, Surya showed up during lunch recess. She saw me sitting at her spot and screamed, “That is my place!” The girl sitting next to me whispered “Now it is yours”. So I refused to move. Surya was in tears. Egged on by the girl next to me, I laughed at her predicament. At first she pleaded, “I was so sick, I was in the hospital for five days.” When that didn’t have the desired effect, she yelled out a “warning,“ My father is in police, if I tell him, he will put you in jail.” The jail part made me uneasy but I laughed because the girl next to me was laughing.

After lunch, Miss Neeta, our Hindi teacher entered the classroom, she saw half of us dozing away and Surya sobbing away. She was my favorite teacher, after all she was young, wore her hair in two long braids, just like me, and she could speak in Hindi, just like me. Sobbing Surya caught Miss Neeta’s attention rightaway, so she got to tell her story. According to her, I had thrown her bag and pushed her out of the bench before forcefully claiming her precious spot on the bench. Needless to say, the teacher gave me a stern look. I understood…I had to leave. So I humbly walked back with my bag to my previous spot on the crowded bench. Miss Neeta scolded me for my bad behavior, following it up with a lecture on how we should treat each other with kindness, just when I thought it was over, she said, “ I will send a note to your mother about your bad behavior in the class room.” I was worried about that note, I spent the entire class thinking about the note and how it would reach my mother. Would Miss Neeta give it to me? Would she give it to the bus driver? Or would she mail it? If it reached my mother, I would be in trouble. So, I was thinking of ways, I could apprehend the note before it reached her. Thankfully, by the end of class Miss Neeta had forgotten about me and the note.

Another time, I remember the English teacher, an older lady with glasses and hair rolled in a bun, hitting me on the head with her huge attendance book, because I had dared to say “absent”, when that person was present. My desire to say absent, just once in my life-time had caused me such embarrassment. Oh well! At least, it was better than last time, when I was caught sharpening my pencil with a blade in the middle of a spelling test. She had quietly, walked up to me, grabbed the blade from my hand and scraped my wrist with it. It had hurt! But I had kept quiet, after all who could I complain to about a teacher? Perhaps that is how the teachers managed 60+ kids in their classroom, along with correction of all the classwork and homework notebooks every single day. Whenever it got too noisy in the classroom, the teacher would say, “Pindrop silence! Pindrop silence.” When that didn’t work she would scare us by saying, “The principal will come anytime, she knows everything, she comes like a cat.”

The school bus took an hour to reach home, at times longer. It seemed even longer when I sat next to Prema, who talked about her Aunt’s house the whole time. It was always the same story, “ You know her house was touching the clouds, so they had to cut it at the top… you know! I promise! God promise! I am telling the truth! The other girls seemed impressed as they gushed over her Aunt’s house, while I looked out the window, envious of kids who had already reached home and were already playing outside . Once I remember sitting huddled with other kids in a class room, waiting for the school bus to take us home. The caretaker was talking in Kannada – a language I did not understand then. While, I wondered what had happened to the bus. How would I get home? Who even had a phone at home back then? I was scared. After all, I had heard plenty of stories about naughty boys and girls and being locked up in the bathroom, after school, by the principal and then dying of hunger and thirst. I never went near the bathroom.

Was I exhausted at the end of the day? I don’t know. But I do remember that whenever I came home from school, I talked non-stop, and my mother would say, “Kaafi ho gaya, hun mainu saah le lan de!” [Enough! I need a breather now]. Then I would go out and play with my friends on the footpath (sidewalk) for hours, until it got dark or my father got home. 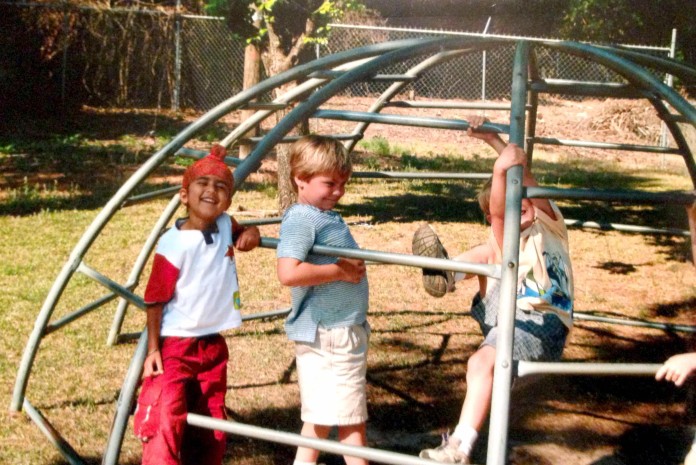 My son playing with his friends during recess, when he was in Kindergarten

2 thoughts on “Of Kindergartners and Exhaustion!!”